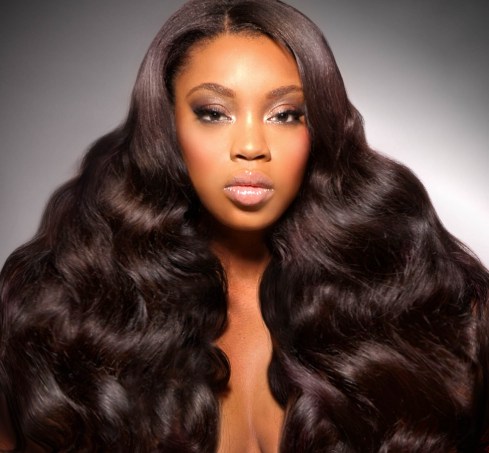 Telling actress Liris Crosse (@LirisC) that she can’t do something might be a guarantee she will try.

“I’m not a person that takes no easily. Once you tell me ‘no’, that’s my driving force.”

After being told by agencies that she was too curvy to model, she struck out on her own booking gigs for herself. Soon a favorite in urban “lad mags” like King and Smooth, the Baltimore native’s curves earned her the nickname “Black Barbie”. Eventually rising to become a XXL Magazine Eye Candy Hall Of Famer, she also became a staple on the hip hop video sets of stars like Jay-Z, P. Diddy, Jennifer Lopez and 50 Cent.

(Thats Liris in the gold dress)

“I’m committed to acting. I humbled myself. I even did background work just so I could be on set. I wanted to absorb the atmosphere and be near the work.”

The human sponge approach is seemingly working. In Abidjan, a featured film at this year’s Roxbury Film Fest, she has a stellar turn as a mother who takes her young New York born son on his first trip to her African homeland with eye opening results. The trip ends up with both of them coming away with some valuable lessons. Playing a Mom may seem a stretch for a former video vixen but that’s exactly how she likes it.

“That was what drew me to the role. It wasn’t anything that people knew me as. I really wanted people to respect me as an actor.”