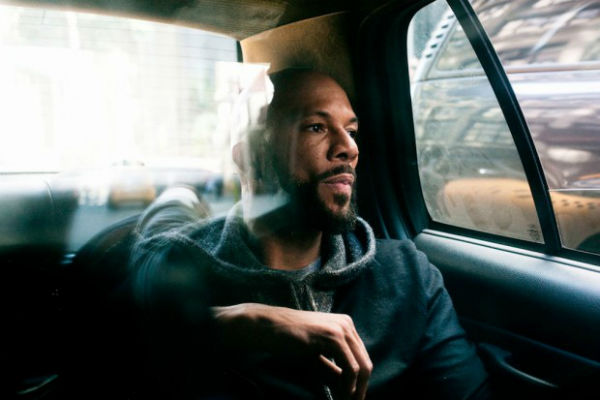 During his interview today on Shade 45’s Sway In The Morning show Common revealed that the aggressive lyrics from his single “Sweet” are indeed directed toward Drake. With Drake’s habit of mixing singing into his tracks there was plenty of speculation that Common’s darts were aimed at the Canadian when the track surfaced.

“He opened his mouth and said some things*, so if that’s what he wants…when you hear some of the stuff on the chorus, you can’t help but think about dude, I guess. And that’s what he felt. So yeah. At the end of the day, you fit in that category. He already embraced it, so wear it.”

On Drake’s side it hasn’t been all quiet either. A tweet was sent from the rapper’s account (and later deleted) seemed to be a shot toward the Chicagoan, “Platinum. Now THAT’S sweet.” Combined with his words on stage at Power 106’s big winter concert, it seems as if Drake won’t be going softly into the night.

“I will never stop doing this for ya’ll. I don’t give a f*ck if you have something to say to me. Say it to my muthaf*ckin’ face. Just cause I sing don’t make me no b-tch.”

It will be interesting to see how this all shakes out but early indications seem that it will all lyrical blows. Considering Common’s history with battles this should be interesting.

But it hasn’t been all aggression and negative energy for Com. On yesterday’s episode of BET’s 106 & Park he cleared up his misunderstanding with D. Maya Angelou. Recently Dr. Angelou expressed her displeasure with the use of “nigga” on “Believer”, the track she guested on for his new album. She explained her “surprise” at his lyrics and went on to call the rapper “brilliant”.