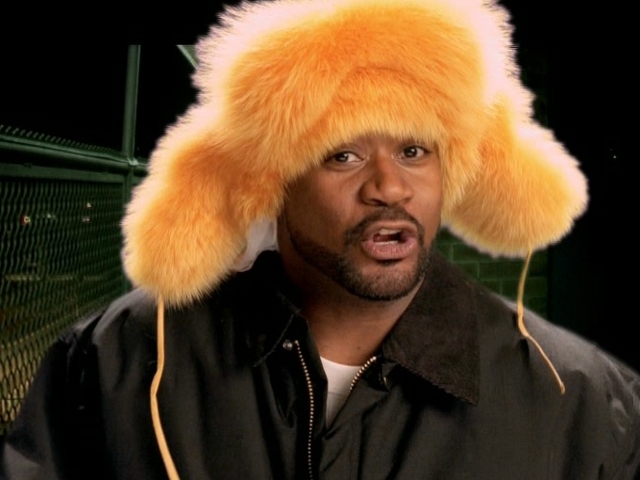 About the 17 year mark is when some workers start thinking of a gold watch and retirement. Not Wu-Tang Clan founding member Ghostface Killah. Fresh from headlining Hip Hop festival Rock The Bells with his Wu-Tang Clan brethren in celebration of their classic debut “Enter The Wu-Tang (36 Chambers)”, Ghostface is still amazed at the love the Staten Island crew receives nearly. “I can’t even tell you what it’s about. Maybe because I’m in the middle of it. But I do appreciate it.”

Being part of a iconic Hip Hop collective might be enough to get him in the hall of fame but it’s Ghost’s solo efforts that have cemented him as one of the most influential MC’s in Hip Hop. Having wrapped up recording his 9th solo album “Blue & Cream” he’s taking a break to hit the road before he starts the sequel to his own classic “Supreme Clientele”. Ghost took some time to talk about fanatical Wu fans and what it’s like to watch your kids come into the family business.

Before you released the debut WuTang album did you envision that almost 20 years later that the album and your crew would be seen as icons?
Yeah. Something like that. We knew that we was coming. The way Meth and Genius was. Everybody just had they own shit. But when we came in the game, that’s when that headbanging sh*t was out. When we came with “Protect Your Neck”. We was really coming after those niggas (Ed. Note: EPMD’s Hit Squad) to get they belts. They had broke up. But we knew we was gonna do something but I didn’t know how long that it would last.

People take WuTang serious. I’ve seen cats who have the W tattoed on them all over the world.
I’ve seen that too. It seems like it’s even more overseas than here. I mean, I’ve never seen a Bad Boy symbol, a Rocafella symbol, really no other symbols to tell you the truth. They just have straight WuTang. I saw this dude pull his pants down and had Ol’ Dirty Bastard from his hip to his leg. I cant even tell you what it’s about. Maybe because I’m in the middle of it. It must be some sh*t for a mother*cker to go an ink their body with your emblem.

The number of artists that count you as an influence is incredibly varied. From the most illest street cats to the most conscious, they all count you as an inspiration. Why do you think that is you do that connects with all these people from these different backgrounds?
I can’t really tell you. I just do me. I like to try new things. Even when I did “Nutmeg” on Supreme Clientele I was just experimenting with rap. I wanted to say a rap that don’t mean sh*t. Put a bunch of words together that just rhyme and have a nice flow with it. I was in Africa doing that. I tried it. And you had people that liked it and people that didn’t understand it. With my stories I try to go into detail as if I was making a movie. I like to create different flows and different things. But to put one finger on it and tell you why respect it, I couldn’t really tell you.

They way you use language is one of your signatures. Rakim had a line “I take a phrase that’s rarely heard/Flip it. Now it’s a daily word.” That’s what you do.
See that’s what you see. When I’m doing it, I’m just doing it. I’m doing whatever makes me feel good over the beat and how the beat makes me feel. Sometimes it depends on what type of beat it is. You just have to fall right into it and let your mind be open. I look out for flows. I look out for words. I try not to use the same flow over and over and over. Sometimes it works. Sometimes it doesn’t. But really I just appreciate that people respect what I do.

Listening to your lyrics it’s easy to see that you’re an observant person. Outside of music what are your biggest lyrical influences?
Where I came from. The streets. Life. The people that I keep around me. It really just real life. I’m not a serious cat that’s always mean mugging. I like to bug out. I’m around niggas that snap all day that have fun. At the same time I’m a spiritual brother. You’re right. I am very observant. I peep sh*t that mother*ckas don’t even think that I peep. A lot of my friends are like that. We can just look at something and then look at each other and just know. Life itself is my big influence.

You have had a great deal of adversity throughout your life. What do you think it is that has gotten you through it all?
Of course. The Father is all that. He tests me. He has gotten me through. I’m spiritually inclined but he tests me every day with something. I know when something isn’t right, it’s a test. And at the end of the day he still got my back. The Father is the only reason that I am here right now. But I think he has tested me to the max compared to some other MC’s cause I still have a job to do. Whether it’s in this rap sh*t or beyond it, he is preserving me. He wanted me to go through all this with the labels. And it’s a time when Hip Hop is f*cked up, I really think that he is saving me for something else. As far as rap, I feel so fresh that I feel like a 19 year old in the game. From my Supreme Clientele 2 on people that love real music are going to see something. It’s just the beginning. I think whatever I went through, even not being on the level that I should be is based on the Father putting me through a test. Like he is saying, “You can make whatever albums you want but you are going to stay right here.”

It’s interesting that you feel like that. A lot of artists would carry a bitterness toward the game.
I can’t get mad no more. Don’t get me wrong I’m human. And there are days where I’m like “What the fuck is going on?” But I know what’s going on. The only thing that you worry about it that you don’t fuck around and start getting weak out here. (Laughs). I worry about it too much so it keeps me on point. I’ve seen MC’s come and go. I know you gotta work. Work, work, write, write and then pray, man.

Ghostface Killah – All That I Got Is You

Talking about all the things you have gone through in the business. We are now seeing a second generation of MC’s coming in now. Your son for example is in the game.

Yeah. He gets busy.

How does that feel to see him starting to take that journey?
That’s a beautiful feeling. That’s like being a boxer and seeing your son throw the gloves on and do good for his age. That’s a beautiful situation. That’s my first son. I got one son that sings. Another two sons that rhyme. And my daughter is in the writing and acting. Telling me, “Dad I need beats.” (Laughs) So it’s a blessing. Even though I school them to not to depend on this. Stay in school and do what you gotta do. It’s a blessing to see your own blood come up but at the same time they are going to have to learn that its hard. Some people think you can just be on the radio and do shows and everything is good. Like you don’t have to do a lot of work. But once you get in this business you see that this is serious.

But they are lucky to have a “World Champ” in their corner.

Yeah but they have to follow in my footsteps too. You know what if you don’t make it? So it’s a bittersweet situation. Just cause you are my seed doesn’t mean you are going to come out a masterpiece. You know how people will be. “He aint got nothing like his father.” And shut him down. Or you are going to have to work your ass off and show these people.

You talked about your albums that you have coming. Talk about what we can expect.

I’m working on the Supreme Clintele 2 and this next one Blue & Cream. What’s going to happen is that I think Def Jam is making a couple moves. So I don’t know how that’s going to impact. I don’t want to give them my shit and it gets fucked up (in the transition). I need full attention on that project. But either way, Im just working. Seeing which way the wind blows. I may fuck around and put out a compilation album for the 4th quarter. The next solo project has to have full attention. So right now I am not putting a date on it. Everything has to be at full steam when you let the date go.