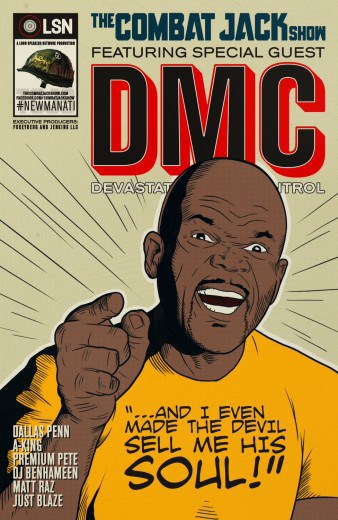 DMC on The @Combat_Jack Show

One third of the Kings From Queens sat down with CJS to talk about his legendary career and his new venture into the world of comics.

The King Of Rock Darryl McDaniels raps harder than he ever did on this episode, spitting about coming up under the influence of the Cold Crush and the Furious Five, the rise of Run-DMC, the GOAT rap group, alcoholism, being an orphan, the death of Jam Master Jay and the eventual break up of the group. He also talks about his lifelong love for comic books and how he’s about to publish his own under his Darryl Makes Comics company. This interview is guaranteed tougher than leather.