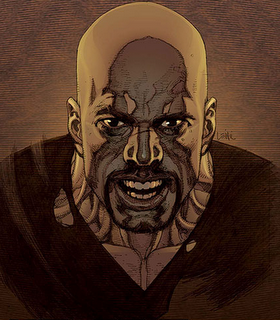 I’m currently contemplating quitting online writing for the fiftyeleventh time in the past year or so. I’m just sick of the okeydoke, disappointments, lies, swiftly declining quality of journalism as well as how hard it is to not only find someone willing to pay you to write something but also how hard it is to get someone to actually pay you to write something. As you may have guessed from the entire Hip Hop Wired situation months ago, I’m not someone you want to owe money to. Aside from that, I’m just disgusted at how little regard there is for quality journalism overall. Moreover, I’m beyond frustrated when portals that claim to exist for writers and readers don’t live up to their names or original mission statements like Medium. Let’s go back, shall we?

The original plan when I was closing out my Tumblr Bastard Swordsman was to do one of two things, start my final blog called Goodnight Prometheus or join Medium and write the rest of my pieces on there until I ultimately quit writing online altogether. I did join Medium back in January after studying it for a while but I was still taken aback at how hard it was to write anything about music or music culture that would get any eyes on it or gain any real traction. I then stumbled across this post on Medium that mentioned that there were paid curated collections in existence. That would be great if one of them catered to music or film culture because maybe I could actually attract enough attention on my Medium posts to rationalize why I’d stick with it.

After posting an article that was too ahead of it’s time (and over 15 minutes long) on Medium back in mid May I eventually decided to cut my losses altogether since even the piece I wrote that generated a gang of interest in late April resulted in no one picking it up a month later. By late June I’d quit writing for Hip Hop Wired after they decided to cut my rate 67% (I forced them to pay me my full rate anyways), quit journalism entirely for about a week but ultimately ended up as part of a tech startup in the heart of Boston called KillerBoomBox (perhaps you’ve heard of it?). During this time NONE of my Medium pieces gained any considerable traction due to the fact the available collections I was added to and none of their curators could either promote or circulate them. I washed my hands of Medium altogether and chalked it all up as another failed experiment/learning experience. In September, everything changed…

Jonathan Shecter (J The Sultan. Shecky Green. Yes, THAT Jonathan Shecter) became the curator of a new music based collection for Medium called Cuepoint in early September. Less than two weeks into Cuepoint’s life DJ Pizzo posted an article about the music of “Pulp Fiction” for the films 20th anniversary. It treated Cuepoint as if it were a magazine & reached out to the film’s music supervisor as opposed to it being independent research or investigation like the majority of Medium posts are. It also had a magazine like layout & illustrations to accompany it. It has racked up well over 40 recommendations on Medium and thousands of views just three weeks after being posted on Medium but spread throughout various social media platforms and websites. A few days later, Kathy Iandoli’s piece “The Lost Art Of Cratedigging” ran on Cuepoint as well. Kathy interviewed Diamond D, DJ Premier, J57, Audible Doctor and Vanderslice amongst others for her piece about the transfer from physical to digital crate digging amongst this new generation of music listeners and producers which really helped to beef up the story and lend legitimacy to it. After three weeks, it’s garnered over 60 Medium recommendations and thousands of views. I saw this as a great thing, it meant there was finally a way for music or film writing to gain serious traction on Medium. Just one problem, I was on the outside looking in.

When I originally pitched “The New Diggers (1992-1994): Overview” to NPR I was told they wanted me to add interviews and testimony from others to it. I didn’t see the point because it was from my perspective using my life and experiences as a record enthusiast/digger plus my additional research and I already write a wide array of things. Why would I spend time interviewing people that I’d have to waste even more time to transcribe when it wasn’t guaranteed I was first getting paid to do so? My mindset is if you want me to interview people or make it what you want it to be, you’re gonna have to pay me so it will be worth the extra labor. When I didn’t get any offers to pick it up based on the overview after a month and my final Medium post went nowhere I pretty much gave up on pushing it and focused on other things. However, four months later it looks like things might be different…at least on the surface.

I tried to see if there was a way to submit my already done pieces they were in the realm out what Cuepoint posted to discover that it’s only possible to write responses to them. This would serve to further push the original conversation but not aid in the creation of a new one. I asked Jonathan Shecter if it were possible to submit pieces written on Medium to Cuepoint for consideration and he sent me an immediate response. However, when I asked if it were possible to get pieces I’d already written picked up and re-edited he didn’t respond at all. OH. I see. Since September I’ve seen pieces on Cuepoint written by a collection of writers like Brian Coleman, Jeff Chang, Stretch Armstrong, Kathy Iandoli, Paul Cantor, Joshua Glazer, Andreas Hale, DJ Pizzo and Sowmya Krishnamurthy. With the death of print publications like XXL and Vibe and the imminent death of several other sites and magazines (The Source, I’m looking at you) this might be the last chance I have at being anything close to published in my “career” before I hang it up altogether.

If we look at the high rate of poorly written & researched pieces plus the rampant cultural appropriation articles going on lately we already now that quality journalism is currently at a premium. To make matters worse? Even if you can manage to get your work published you never know when you’re going to see compensation for it. Since so many of us are freelancers the possibilities are limited and options are few. You need ins to the sites that would be willing to pay you as they often don’t accept unsolicited material. So…I’m presently stuck. To further put things into perspective I wasn’t able to travel to A3C after I’d been made a guest and was going to be on several panels because I couldn’t afford to travel. Months ago, when Hip Hop Wired cut my rate 67% I was completely unable to afford a passport to board a plane to Canada in time to make the trip so I had to cancel. This is because I’m a journalist who has to budget in order to keep it all together due to the fact almost no one is willing to pay me to write about Hip Hop culture or pay me in a timely fashion to provide quality journalism. Something’s gotta give…and soon.

Just recently I dealt with The Huffington Post after they posted a half ass, soulless Cuffing Season entry with a terrible playlist as The Cuffington Post. In the fallout of that entire debacle it was made clear to me that the writers on this reputed site were nothing more than cultural appropriating, entitled jerks, hacks and trolls who made money being mediocre while filching other people’s ideas. When they aren’t doing that they’re instead mining urban culture they don’t even understand searching for viral post fodder. To them it’s all about site visits. I created The Cuffington Post to help people navigate Cuffing Season  because it’s something I’ve experienced the majority of my life and I felt it needed to be done. Hence the posts and Cuffing Season related video content that’s forthcoming. Well, I’ve gotten everything that was bothering me off my chest finally. Man, writing sure is cathartic!