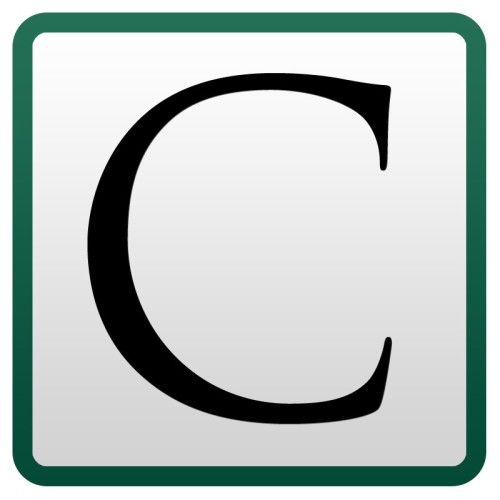 Few things make me more frustrated with humanity in general like misinformation does. When people don’t understand something but profess to be experts in a particular field it’s extremely dangerous because they proceed to spread erroneous information in the guise of facts like a virus. Said virus spreads via social media in real time and now it’s up to you to combat it…with facts and logic. It’s a daunting task but I’m more than up to it. Lately, Huffington Post has posted a soulless piece that treated Cuffing Season as nothing more than a “hot” urban property to culturally appropriate and use for joke fodder in hopes to create content that will go “viral”. What they don’t understand is there’s more to it than what it looks like on the surface. That being said? Let’s address a real issue…the social construct that’s commonly referred to as The Friend Zone.

The so-called Friend Zone is largely recognized as a male construct. The typical scenario involves one party either befriending another under the pretense of trying to date or have sex with them. It can be one person befriending the other and later developing feelings for them or one party waiting for an opportunity to “make a move” and ask out the other, changing their relationship dynamic. There’s just one key obstacle, unbeknownst to the other party their so-called friend harbors feelings for them and wants more from them than just friendship. This is where things get interesting. Once it’s discovered that one person doesn’t reciprocate feelings for the other (again, because they’re supposedly friends), one party begins to either get frustrated with their situation and resent the other party for calling them, telling them about their relationship or wanting to hang out with them because it won’t lead to either a relationship or sex. Which is pretty dumb because these are all things that typically fall into the “friend” realm. While it is possible to have a significant other you’re friends with  if you wanted to date your “friend”, chances are you’d be dating them or having sex with them already. This dilemma/conundrum/holding pattern is generally accepted as the criterion that qualifies one for “Friend Zone” status. Just one problem… the “Friend Zone” is not only a misnomer but it’s also nonexistent. Let me explain why…

I often have people ask me how to escape the dreaded “Friend Zone”. After years and years of experience and “research” I’ve arrived at a conclusion, it’s simply inescapable. I’ve often been approached with stories about people that started out as friends then ended up couples but when you examine each situation on a case by case basis there is something that reveals that while they might not have began dating or seeing each other initially (they may have been involved with someone else at the time), there was never any definitive “Friend Zone” situation to speak of. In order to achieve this mythical status, one person has to desire the other but the other one doesn’t reciprocate. They may not be sexually attracted to them but see them as a surrogate sibling or even an advisor/sounding board. In most cases, the desired person might genuinely like the other one to the point they want to set them up with their friends or is willing to be a wingperson for them. Now, this would usually make that person a great friend but it’s hella awkward if the “friend” feels like they’re constantly being pawned off on other people as they’re pining away for their secret crush or unrequited love. They maintain the charade because they get to stay close to them in hopes a miracle occurs and they see an opening they can capitalize on. That never ends well. Let’s discuss why, shall we?

If someone isn’t either sexually attracted to you or simply isn’t compelled to pursue a relationship with you at this point in time but they later reconsider their original stances often get mistaken for “escaping the Friend Zone”. Another situation that gets mistaken for a “Friend Zone escape” is if the person is an acquaintance or a friend but for whatever reason (one or both parties were in relationships or situationships at the time) they didn’t date initially but hung out and knew each other for a while then later on ended up dating. In this scenario, both people could’ve been attracted to each other and had feelings for each other for quite a while before everything finally fell into place. Neither of these are true “Friend Zone” situations. A Friend Zone scenario requires the following: 1) One person harboring romantic or sexual based feelings for the other that aren’t reciprocated. 2) One of the parties actively maintaining a fradulent “friendship” or pretending to befriend the other in hopes they can change their minds or pounce when given an opportunity through exploiting their closeness.

The reason “The Friend Zone” has been tagged as a male construct is because it originally was used to describe that state of limbo when a guy schemed on a girl to discover she didn’t reciprocate and now the guy is resenting her for it due to his bruised ego. The byproducts of this occurrence often include the guy becoming angry with the girl because she “Friend Zoned” him, “the good guy” but chooses to date or have sex with other guys. When it doesn’t work out for whatever reason, she ends up calling him…which is WHAT FRIENDS DO. *Looks around confused* We need to understand that everyone we want or desire in this life may not be attracted to us and how to deal with it. Both genders. Disappointment is inevitable. Life is full of failures, setbacks and heartbreak, it’s how we deal with them that defines us. We grow and learn from them, stop halting your permanent growth by trying to delay temporary hurt.

Someone who has been “Friend Zoned” can assess their situation then explore the following options: A) Decide to keep up the facade of being friends. By using all of the secrets & information they’ve trusted you with over the duration of your friendship chances are you can use your closeness to your advantage at some point and escape your present platonic position. B) Come to the realization that you’re not viewed as a dateable option by your friend and either come up with an excuse to avoid them or B2) Be upfront, tell them you were interested in them romantically but not looking for a friendship. You might come off like an ass but at least you’re being honest about your intentions for a change. C) Be honest and tell your “friend” that you have feelings for them that are greater than theirs are for you. You might have been in love with them for an extended amount of time. You might have developed an unrequited crush on them during the course of your fake friendship and now you’re coming clean. You can then take this opportunity to APOLOGIZE FOR VIOLATING THEIR TRUST if you’ve done so for however long.

Make no mistake that not being totally honest or forthcoming about your original intentions is a violation of trust. It’s a lie. You selfishly took away your “friend’s” choice to pursue a friendship with you because the one you had was a sham since it was achieved under false pretense. Every time they told you something in confidence you could’ve potentially used that to garner favor with them in some way or another. Every time they told you about their personal business or shared intimate details with them in confidence comes back up in their minds and they feel betrayed. Friendship is like entering a monogamous relationship in the sense that it’s a mutually agreed upon social contract.

When people don’t want to enter into a committed monogamous relationship they often make alterations to it to fit their particular situation (i.e. Friends With Benefits). However, this altered relationship structure often ends up failing ultimately because one party ends up wanting more than the other party is willing to give or commit to. While you can attempt to alter the structure of a sexual relationship or marriage, this doesn’t work in the case of a platonic friendship. If both parties haven’t agreed on becoming actual friends and either won’t pursue relationships with each other (for whatever reason) then they aren’t friends. The “Friend Zone” always falls apart immediately once it’s revealed that one party was lying or pretending. The same way the stock market crashed during the 2007-08 Financial Crisis due to multiple factors stemming from deception and misinformation at every turn is the same way a friendship or a relationship will implode when the jig is up. The second you choose to actively maintain this lie, the countdown to being revealed as a liar and the subsequent termination of your ill gotten “friendship” status begins. It’s inevitable and much like the dreaded “Friend Zone”, it’s inescapable.

If you lie on a resume about having certain experience, certification or degrees you don’t get to keep your job. You’ll get fired because the position was gained through fraud, no matter what you did while you were there you will still lose your position because it was acqured under false pretenses. The reason people keep secrets is because they already know what the penalty is once their chicanery is revealed. Everything falls apart. Why? Because it was all an illusion from the outset. If the friendship is fake then by definition so is the so-called “Friend Zone”. It’s a self-imposed “situation”. When you’re actually friends with someone there’s no ‘Friend Zone’ because it’s a mutually agreed upon, deception free social contract. When you’re tasked with trying to keep up a lie, that’s ALL ON YOU. Thus the “Friend Zone” doesn’t really exist. If someone isn’t attracted to you or doesn’t reciprocate your feelings you can either choose to accept it & opt to be friends with them or you decline because you don’t want to end up resenting them because you’re honest and you’ve accepted you can’t handle the rejection or won’t settle for a platonic situation for whatever the reasoning. Either or. The spoon doesn’t bend, it’s YOU that bends. You think that’s air you’re breathing now?

In conclusion, the fragile male ego and projection are usually to blame for this phenomenon but anyone can end up in this so-called “Friend Zone”. In either respect, it starts with the decision to maintain a lie out of fear and becomes an ongoing charade and a violation of trust. Come clean. Stop it cold. No “Friend Zone”. DASSIT. Men act as if having women as friends is a huge pain because you can’t have sex with them all…You couldn’t have sex with them all from jump so why is it such as shock when it’s vocalized? Being friends with women and having women think you’re someone worth spending time with or choose to talk to is a good thing. If you’re willing to listen, be challenged on some of your bullshit and put aside your ego and entitlement you might be able to understand the world better and it will bring you closer to finding someone that you have feelings for that will actually reciprocate them. Y’all know that when women like you or view you as a good person they tend to recommend you to other women or want to see you with someone deserving of a good guy, right? Because that’s how friendship operates. Never forget…there is no goddamn “Friend Zone”. You’re either someone’s friend or you’re not. If you’re not? Don’t pretend to be. Life’s too short to waste time lying to yourself or trying to force something. Move the fuck on.