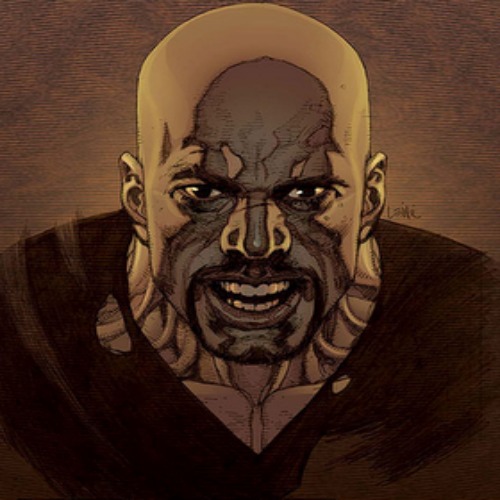 Let’s address a serious issue facing Rap music going forward, the disconnect with the actual culture of Hip-Hop facing most Millennials. The situation has gotten so dire that Q-Tip suddenly put out a call to have people join the Universal Zulu Nation. That seemed a little odd as the Zulu Nation is a notoriously hard organization to join and it’s membership isn’t really open to the general public. While the culture of Hip-Hop is universal and everyone is allowed to be a participant or a contributor, joining the Universal Zulu Nation is like applying to an Ivy League college out of an inner city high school. That being said, a short time afterwards Q-Tip announced that Lil’ Wayne had just joined the Zulu Nation which was later confirmed by 9th Wonder. Needless to say, a lot of people saw that news as problematic. I understand that the Zulu Nation doesn’t exactly ring bells with the Millennials and they want to find a way to appeal to them but this isn’t the way to achieve that end. All this does is make think the Zulu Nation needs to come up with a list of anywhere from 100-250 journalists, educators, artists, musicians, emcees, producers, etc. that represent the culture of Hip-Hop and make them all retroactive members of the Zulu Nation as well. Sort of like when Willow casted that spell to turn all of the Potentials into Slayers on “Buffy The Vampire Slayer”. What? A brother can’t be a Whedonite? To further put things into perspective? Big Boi was announced as a new member of the Zulu Nation as well Wednesday night which makes more sense than Lil’ Wayne does.

I’ve actually touched on this issue several times in the past over the years, most recently on my Medium post “On Rap’s Ever Growing Generation Chasm” but given that 2014 is 93% over and this has been one of the worst years in the history of mainstream Rap since 1981-82 things are at their lowest point and won’t get any better without any active intervention and guidance/direction or viable alternatives being given the youth. Few things bother me more than when solely people blame the Internet as if the music industry wasn’t already heading down this path before the rise of Napster and the first wave of P2P sites. The rapidly increasing speed of information technology merely aided in the piracy of music but the industry itself had created the enmity in even young consumers that made them feel justified in downloading art of free in droves. By that time the culture of Hip-Hop had already been greatly diluted in the Rap music the young people consumed. Beginning in 1997, the independent or underground Rap world which served as a farm system of sorts for the major label system was both relied on to provide much needed checks & balances but also to provide candidates that were immersed in the culture to enter the mainstream market was completely removed from the equation. This means the corporate run mainstream Rap world now had nothing impeding its progress influence wise. From 1997 until 9/11 occurred the mainstream Rap world has less and less influence from the culture in it and it was reflected in the music. The corner turned post the Patriot Act because there was NO chance protest music would make it to the airwaves then.

Rap songs with scratched hooks (or scratches period) all but disappeared from the radio.  They were instead replaced by the rise of the unofficial ProTooled remix and remixes with the same beat but extra verses so the BDS machine picked it up as the same song as the original to increase the total number of spins as opposed to it counting as a different song. See…the remix WAS considered a different song. It had a different beat, different contributors and oftentimes different verses thus being a new song entirely. Millennials came up in a different era so they embraced what they heard on the radio as adolescents or teenagers. How would they know about things they never experienced firsthand themselves? Predictably, Gen X’ers held animosity and resentment towards Millennials just like previous generations held towards their younger counterparts in the past. The overly corporate controlled world the Millennials grew up in is reflected in their approaches to media and how they either interact with or manipulate it. The Millennials are far and away the most monitored, studied and subsequently will become the most catered to by corporate interests. All of that said? It’s becoming more and more evident that these companies’ findings may prove they don’t know Millennials that well at all…

Oftentimes Millennials are considered “soft” or “lazy” by Generation X standards when we tend to overlook just how terrible the world was when we grew up and we’re playing right into the old generational interplay between The Greatest Generation/Silent Generation and the Baby Boomers. We tend to forget that they didn’t grow up with the inner cities of America being neglected during the early 80’s due to Reaganomics, living in a world where the rise of crack ravaged our communities while we protested Apartheid overseas. They also know nothing of growing up during the violent early 90’s in the recession filled first Bush Administration’s time in office. We had two completely different upbringings and we hold that against them like they had any control over when they were born or how the world was when they entered it. Ridiculous.

I know for a fact I backed away from the Rap world and the younger fans between 1997-’99 because I hated how things were slowly getting worse and and worse and the industry was getting more and more corporate. Saddest part is I was one of the many early adopters that knew what the byproducts could be down the line and we chose to wait it out. That wait has been going on about 18 years now. It would be college aged young adult now. The fault of the Millennial Hip-Hop Culture disconnect is the very person writing about it in that case. Instead of being there to coach or mentor the youth during that crucial stretch they fell under the only influence available at the time. I didn’t start writing about these issues until 2005 when I realized that two generations of new Rap listeners had sprung up since 1997 and we still hadn’t entered a new Golden Era yet. By that time I took it upon myself to figure out why. Between 2006 and now I’ve been writing about my findings but it took a while to realize the most obvious cause for the disconnect is because those like me fell back & let shit play out, meanwhile abandoning the youth. Now I clash with much younger Rap writers about some of their pieces because of the insight they lack which they couldn’t possibly put into the piece because they didn’t experience it firsthand.

I first encountered Rap music through tapes from New York, the radio, then from seeing it happen live in front of me. We had to jump through flaming hoops just to hear Rap and it wasn’t even considered music 35 years ago. The younger Rap journalists grew up with it becoming the top selling musical genre exactly 18 years after it first appeared on record (1979-1997). There goes that magical 18 year span rearing it’s head again. Oddly enough, if you begin counting 18 more years from 1997 you come up with 2015, the same year I picked as the last year I do online Rap journalism way back in 2006 when I began blogging. What do I know that everyone else doesn’t? You’ll just have to wait and see…