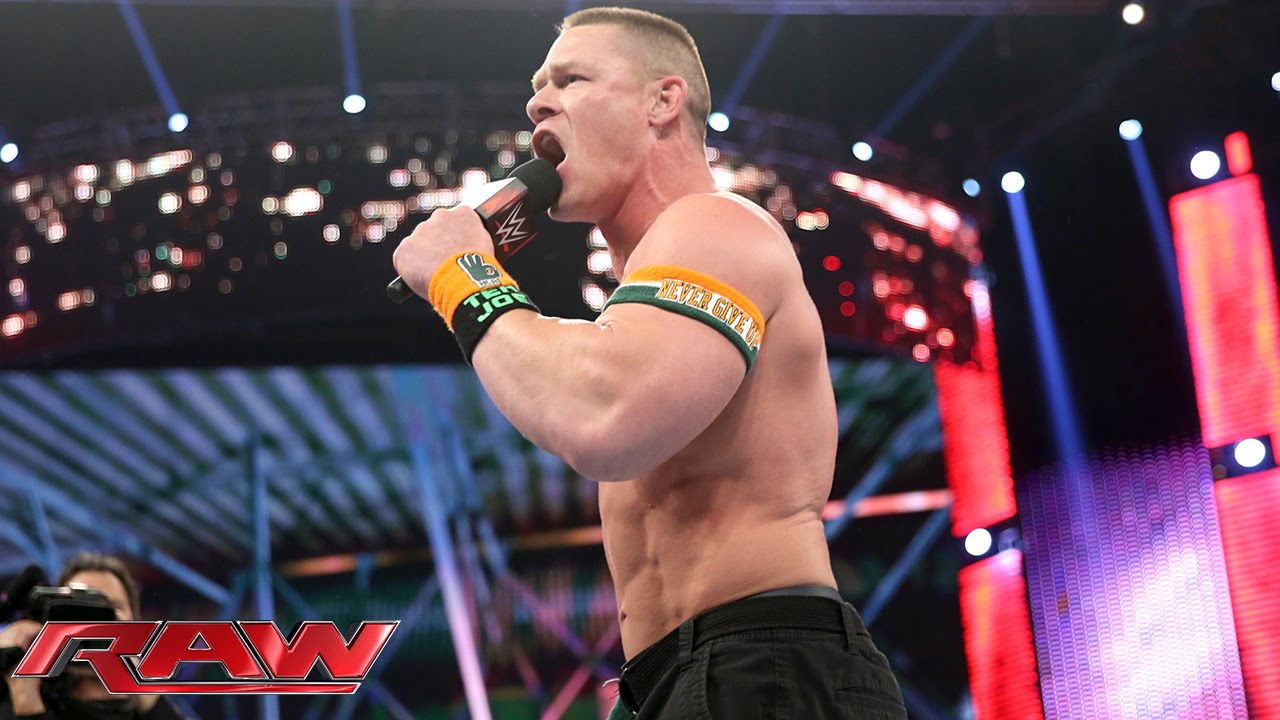 The Champ is There…on the Ground

Look at all these rumors.  Love it or hate it, the brand split is happening and Smackdown will be going live on Tuesday nights.  Some people think we get too much show on Monday night’s as it is.  But with another likely two hours of live professional wrestling coming up the next day, is it too much of a good thing?  Monday in Green Bay, Wisconsin, we had hoped to get some answers.

The show started out with The New Day asking The McMahon siblings a bunch of questions on behalf of the WWE Universe regarding the brand “extension”.  They inquired as to who would be running the show and more importantly, would the longest reigning W. W. E. Tag. Team. CHAMPIOOOOOOOOONS be forced to go their separate ways.  Steph and Shane gave the most politically vague and boring nonanswer answers they could muster, until Woods proposed a dance battle of all things to decide who ran the JV show.  Silliness ensued, but before we could see Stephanie buss it open for a real Inga, the Vaudevillains hated.

I guess the Villains were using this match to get back in the tag title picture.  And while some people love them, these racist ass characters can’t be the ones to take down the New Day.  Dr. King and Brother Malcolm didn’t die for that.  The match was fine in its own right, but as a fan I didn’t have much use for it.  Then I realized I spoke too soon when Gallows and Anderson bumrushed the party and dismantled the Tag Champs outside and inside the ring.  Now if this was an opportunity for the Vaudevillains to earn another shot at the Tag Team Bronze, why would they just step aside?  Shouldn’t they be livid with Gallows and Anderson for horning in on their chance at a second chance?  Unless of course, these racists from a bygone era just want to see some brothas get beat up by some big skinheads.  Then it makes perfect sense.

The Champ is HEAPED!

But the main course was served up when the real American Hero, John Cena made his triumphant Memorial Day return to Monday Night Raw.  There were those who serenaded him with the old John Cena suuuuuucks theme.  But you could tell they missed him.  He noticed how vastly things had changed since we last saw him.  And change is a good thing.  But now that he is back, the New Era has to “go through” him.  Well, when one of the flag-bearers of WWE’s New Era, AJ Styles came out to greet Cena, it looked like just that.  A greeting.  The aforementioned Gallows and Anderson made their presence felt again.  But this time, they were helping AJ Styles pull the best Kansas City Shuffle we’ve seen in a while.  About time somebody turned heel. And with AJ, we know it will be done correctly this time.  The Club left Cena in a heap and actually got a good amount of heat off the crowd.  Maybe they really did miss John.  It just feels wrong to jump Cena on a patriotic holiday.  I mean, for many people, he was the guy who broke the news that Bin Laden got merc’d.  For a second there, didn’t it look like Cena was turning to AJ to hit him?  I would have leapt out of the second story window for a Cena turn.

Big Cass and Enzo had action this week.  Bro, Enzo was back in the ring.  Wrestling.  I’m hoping this wasn’t rushed.  While I don’t like keeping guys on the sideline longer than they need to be, I’d rather be safe than sorry.  However, as long as his voicebox works, I want him on promos.  Big Cass’s list of cheeses must have been the equivalent of talking dirty in Green Bay, Wisconsin.  Pretty sure I saw people in the crowd rubbing their nipples at the thought of the varying degrees of cheddar sharpness.  Meanwhile, the Dudleys continue to give them priceless in-ring experience while putting them over.  They might act like giant-sized jerks, but the Boyz got hearts of gold.

The End of Deez

Speaking of gold, Dolph Ziggler hit the jackpot this week when he challenged Baron Corbin to a technical wrestling match.  All the build up WWE and Dolph Ziggler served up for this match paid off so well when Ziggler came out in his Kent State warm-up, put on the Rick Steiner headset and proceeded to punt The Lone Wolf in the junk.  As Xavier Woods would say, “So good.”  If you’re going to lose every week, that’s how you do it.  Good on you, Dolph.  Time to be a little less Shawn and a little more Bret.

Seth Rollins and WWE World Heavyweight Champion Roman Reigns jaw-jacked a bit back and forth.  Ro wanted to Seth to get in the ring and squawb it out like Gangstas.  But Seth thought better of it and decided to wait a little while for the build-up.

Dana Brook appears to getting a push as she beat the last number one contender.  I’m hoping with the brand split, they can juggle more than one Women’s Division storyline at a time.  It’s better if it looks like people are actually trying to work their way up the ladder to become contenders for the title. So far, it doesn’t even seem like they want to compete.  Don’t change the name and title and rest on your laurels, WWE.  See the Women’s Division through guys.

Rusev wrapped Zack Ryder up in the new and improved Accolade Bulgarian Camel Clutch.  They got Camels in Bulgaria, right?  Can’t say I’m hating this second US Title run for Rusev.  This impending program with Titus O’Neil is intriguing.  I wonder if this is Vince saying “my bad for overreacting, big fella.”  With people asking for releases these days, it makes WWE look like a bad place to work.  It’s a very slippery slope and sooner or later people will wonder why people are willingly leaving the biggest show in town.

The main event pit the babyfaces of the MITB match against the heels of the same match.  Of course the match was great with a lot of dissention amongst the ranks of the team of Owens, Del Rio and Jericho.  There is no way they’d ever get along on paper, let alone live.  Dean Ambrose finished the match by delivering Dirty Deeds to Kevin Owens.

Much entertainment in this week’s Raw.  They crammed the return of Cena down our throats over the past couple weeks.  At least it felt that way because a lot of us didn’t want him back.  I just don’t want him anywhere near the title picture, which is why part of me had hoped he jump in and challenge Roman Reigns and get his turn out of the way. If the rumors of another World Title for Smackdown are true (grumble) then more than likely, Cena will end up there and winning it.  C’mon New Era hang in there.  I’ll try to save my excitement/trepidation for the first live Smackdown when we get more answers.  Til then, we’ll keep Going in Raw, true believers. See me next week.