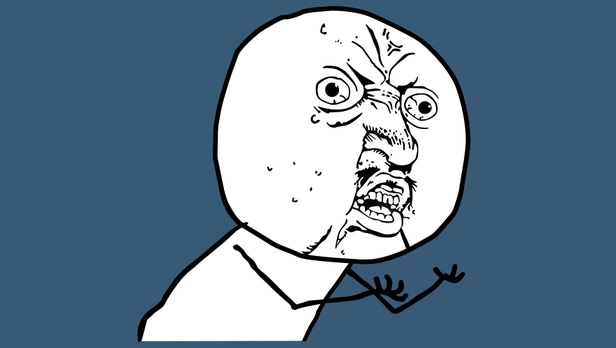 Get Whit It: Y U No Listening To Kameechi, Latasha Alcindor, Gyasi Ross And Jay Griffy?

This week’s edition of Get Whit It is a little bit more-Summery, if you will. Most of these joints are fairly new and are all perfect for riding around with the windows cranked down. Guys, let your hair buns flow freely in the wind. Women, don’t be afraid to swear in excitement – it is ladylike in certain scenarios. Regardless of your race, sex or favorite Pokemon – all will enjoy this assortment of great jams. #GETWHITIT.

Baltimore songwriter Kameechi recently released a freestlye, “Work”, that’s been making decent rounds acorss the interwebs. Produced by Brthday and 3am, the track exudes inspiration and motivation – something Kameechi lives every day – and he hopes those same elements can be transferred to you.

Fresh off being chosen by RevoltTV as a featured performer at the Philly “Local Love Tour”, Jay Griffy releases his new video “25th Hour”. Directed by Chion Press, “25th Hour” is riddled with hidden messages and symbolic imagery. Produced by The Pogue Brothers, the record is melodic but has an energy and punch that only Jay Griffy can provide. Philly stand up. Screw Meek, Jay got you.

Back in 2013, Jet Life Recordings artist Young Roddy released the small screen interruption for his standout “Good Sense 2” cut “504 Radio”. The video not only helped introduce the world to the lyrical femme fatale we now know as 3D Na’Tee but secured a positive rapport between the fellow New Orleans emcees.

Fast forward two years, a thriving fan base and a record deal later the All Def Digital/Universal signee returns the gesture of good faith with the release of her brand new Quincy Scott directed visual for “Think They Know”, produced By MH Bishop. Check out the dynamic duo’s latest collaborative effort below and be on the look out for 3D’s The Regime coming soon.

“Everyday, millions of Americans wake up and chase the “American Dream.” In the context of this video, I play a character who’s idea of the “American Dream” means having a job ran by my dictator of a boss, a relationship, and being satisfied with the mundane routine of maintaining them both. However, my lack of faith in the possibility that I’ll ever make it out of my poverty stricken neighborhood and my impatience lead me to take matters into my own hands.” – Samantha “3D Na’Tee” James

An anthem of belonging and self-acceptance, “The Island” champions for the freedom of the brown girl and is an acclamation of the beauty of not fitting in to society’s ‘norm’ …yet still feeling at home.

“Connect to my lands and not be afraid of the greatness. We all feel this way. Like on an island, but I rather make the best of it.” – Latasha Alcindor

Spoken word artist Gyasi Ross presents the official video for “Harvard”, a powerful piece speaking to the plight of Native American’s in the U.S. educational system. This track appears on Gyasi’s album “Isskootsik (Before Here Was Here)”, which is available now via Seattle’s Cabin Games.

Ross speaks to the message of the video: “White supremacy is all-encompassing within the United States; one aspect is that it has long overlooked the humanity and value of Brown and Black intellect and development. Consequently, within Native American communities, Native people have the highest dropout rates of any ethnic group in the U.S. Yet, Brown and Black people are regaining our footing and realizing that the educational systems are simply another place where we must defeat white supremacy. Native youth are realizing, like Manny, that we got this–compared to the struggles that we’ve already overcome, this is easy.”

Detroit native Lil George has made it abundantly clear that his new mixtape, “Failed 2 Realize”, will be extremely personal, and we get more proof of this in his new video “Started”. With a gorgeous ocean backdrop and beautiful ladies all around, Lil George speaks on who and what is really most important in his life. The “Failed 2 Realize” mixtape will be hosted by DJ Envy, and you can look out for the project next week.

With all that’s going on in African America, MC Marcel P. Black been silently working on a short EP titled “Freedom Summer.” The goal was to wait until it was completely finished before releasing anything, but Marcel was ancy to get this particular track into the world ASAP. It’s powerful message is conveyed via a talented lyricist whose goal is to raise awareness – not just for his music, but for all of his peers, as well.

“Here is me dedicating myself to the people fighting to overcome the struggle, produced by my good friend 5th Child from Jackson, MS.” – Marcel P. Black