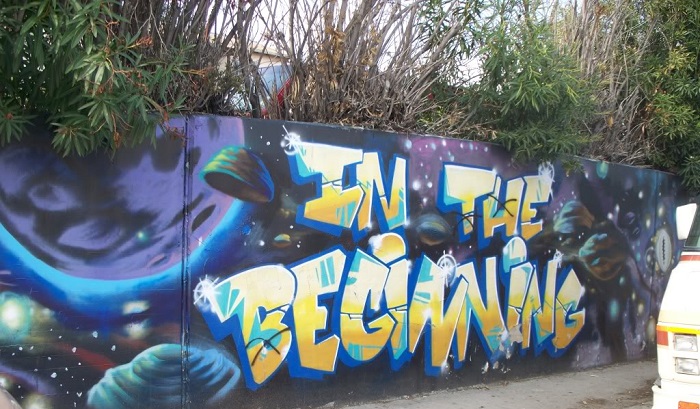 Get Whit It: Remembering Pumpkinhead And Cooling Out To The Sounds Of Leon Bridges, Astro, Pac Div And More

I was flipping through the channels last week when I came across an unfamiliar, intriguing voice. It was coming from a man named Leon Bridges who has more soul in his music than most actual Soul singers today. That’s saying a lot, I know – so allow him to back up my words. His song “Better Man” is an amazingly beautiful ode to who Leon is as an individual and who he has the potential to be. His voice is that of one right out of a 50’s movie, as is his style and character. This isn’t just an image or front Leon puts on for the cameras, either – it’s who he is and how he naturally expresses himself. I’ve listened to his Spotify-breaking, debut album “Coming Home” several times now and I recommend you do the same if you enjoy the song below. Put your Mom on, your Dad on, the whole family. Leon Bridges has restored my faith in the next generation of music stars, with this one song alone. Listen up.

[ALBUM] Jared Evan – “The Art Form of Whatever”

Surprise albums are the best albums. Screw promo, marketing and weeks of pushing singles – fans LOVE when an albums comes from nowhere, without explanation. You know how there’s just something about the no-look pass that makes it better than a regular pass? It’s kinda similar. After several successful projects such as “Boom Bap & Blues” w/ Statik Selektah, “Pieces” and “The 4th Chapter”, Jared has linked with
The Arcitype for a new, out of the blue installment – “The Art Form of Whatever”. The entire project was produced, written and created in just 4 days – with The Arcitype producing 6 of the jams/co-producing one with Jared, Rain taking control of two and !llmind and Lightfoot each clocking one respectively. That wide rage of sounds gave the project a nicely rounded sound. I gave this a listen as soon as it was received and have been sporadically pushing play on it ever since. Down the project for free, here: http://www.jaredevan.com.

“Towards the end of the tour, I thought about putting together some sort of free album or “mixtape” while my fans wait for my debut full length. I wanted it to be a project that showed a different side of me, something bold. So on my flight back to New York I started conceptualizing what the project could be like. I wrote down titles on my laptop, and one of them really stuck out to me ‘The Art Form of Whatever’. I started geeking off of the title and then knew exactly what I wanted it to be. When I landed, it just so happened my dude Arcitype texted me asking if I’d come to Boston and work for a few days. It couldn’t have been better timing. I went to Boston and in literally 4 days created 10 songs from scratch. I’ve never been more proud of a project. It went from my brain to reality in the span of a few days. I really dug inside my creative chest for this one. I even painted the album art myself”. – Jared Evan

Checkout a BTS on the making of “The Art Form of Whatever”, here:

Two of the youngest guns runnning the Rap game on the low go by the names of Astro and Bishop Nehru. Each respectively holding down solo careers and touring the world, the pair recently teamed up for a new visual release. The song is named “K.I.N.G.”, short for (Keeping Ignorant N*ggas Glorified), of which you can immediately see the title’s connection in the video. This video does an excellent job of bobbing and weaving throughout monumental black moments in history and current day reality TV in a way that is meant to spark conversation on the exploitation of black individuals. A powerful video, in any light – but even more-so in the current times of turmoil. Warning: watching this video may cause you to feel even more empowered than before. Spread the word of its existence.

With the tragic and untimely passing of underground Rap legend Pumpkinhead, I felt it was only right to use a slot on this article to promote the man’s legacy and extreme talent. The song below, “Here”, is my personal favorite from the emcee and once you give it a listen, I’m fairly confident you will be able to see why. The compassion, the energy and the love PH put into it (and all of his music) is un-matched. Even if you had never heard of him before this week, I’m sure there have been several occasions where you wondered “All my friends seem to know this guy, how do I NOT?” Don’t feel alone, PH was one of those guys that if you knew, YOU KNEW and if not, you would eventually get educated. If you have some time this evening or this weekend, dedicate a few minutes to checking out some more of his music and sharing his contributions to the culture.

THEY’RE BACK (this better be for real). Mibbs, BeYoung and Like – better known as Pacific Division – have spent the past few years developing and catering to their individual solo careers. I loved watching them each grow in their own lane, but at the same time let’s be real – we want the trio. Thankfully, the Div dropped a new single earlier this week to keep the 2015 great music pattern going. Great song, instantly made me want another. It’s hard to believe their last group project, “GMB”, was three years ago. Produced by Mars, this new cut is like a frayed rope, for me, until I hear news of a new album or tour. Until then, I’ll enjoy this and the back catalog. Get hip.