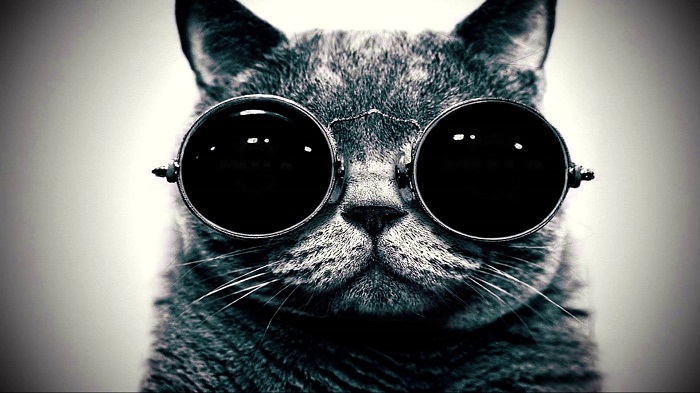 Get Whit It: Malik Ferraud, Primo Profit And The Great & The Magnificent Offer A Global Range Of New Sounds

As we all (should) know, the city of Baltimore has been in a state of unrest for a long time now, more-so in the past few months with the tragic death of Freddie Gray. Emcee and Baltimore native Malik Ferraud is not looking to fix the city’s entire infrastructure with his music, but his hopes are that the sounds can be used to “inspire and motivate anyone with a dream”. His new album, “INFINITY”, reflects just that – the world through the eyes of a creative artist with a dream. With assisted features from King Los, Curtis Williams and Baltimore spitters Lonnie Moore and Bekayo, this project is on another level. In addition to his new album, Malik also released a new video for “The Future”, off the album and, with the Baltimore uprisings that have taken place in the last few weeks, this video couldn’t come at a better time. Enjoy the video, below and the album HERE.

Money Mobb atrist Primo Profit and Maybach Music Group’s Tracy T recently linked up for a new single and visual, “Let It Go”. Produced by Teyo and directed by Ceo Productions, both the song and it’s associated video go hand in hand beautifully. I wasn’t blown away, per say, but I was definitely jammin’ to this joint for a few days now and feel it had to be recommended to others. Special thanks to the homies Champ Chuck and Bedlam for sending this heat my way. In all honestly, I’m not usually a fan of anything MMG related (hey this is my weekly feature, I’ll say what I want), but I gave this a chance due to the cosigns that came with it. Needless to say, since it’s in this article, I dug it. There’s some great lyricism here. What did you think?

[SINGLE] ShaqIsDope – “Too Much Ambition”

Hailing from Toronto, ShaqIsDope is one of the few emcees north of the US border who I’m a genuine fan of. I’m not sure what it is, but I just can’t get into a lot of the acts coming out of that area. THANKFULLY, I have ShaqIsDope to keep restoring my faith in the region. With his highly anticipated mixtape “Black Frames” schedule to drop this year, ShaqIsDope just released a new single, “Too Much Ambition” (prod. by Hush Forte). As the track progresses, the Toronto native finds himself rapping about getting closer to his dreams despite being doubted by others – a feeling anyone can relate to, not just Hip Hop fans. “I remember when I’d walk through class, said I was gonna rap and all they did was laugh. Few years later made all of them kiss my ass. I’m on MTV and did a record with SHAQ…”, he says. Enjoy this new cut as we wait patiently for the “Black Frames” project.

Now, I’m not sure where exactly “Newcastle upon Tyne” IS, but there’s some great music flowing out of there, specifically from the lyrical duo – The Great & The Magnificent. Thanks to a fellow UK music enthusiast by the name of Lee Hawthorn, I was introduced to this pair and their interesting new video, “ANIMAL”. Rumor has it this pair earned reputations for themselves as two of the best performers the North East (UK) has to offer and, since I’m personally unfamiliar with that particular scene, I had to judge for myself by checking out their catalog. I was impressed. The energy and flair they bring to the table is second to none, a trait many up and coming artists lack severely. “On top of boardwork coming from Steesh – The Great’s production pseudonym – the pair power through the track with a showcase of phenomenal punchlines (including a jaw-dropping nod to Steve Irwin), captivating chemistry and best of all, it all comes alongside yet another creative video which follows on from the hilarious Cuntry Tales skits the MCs have released prior.” This particular visual is shot and edited with high standards and that’s something I always look for and appreciate. as an artist, your music and your assisting videos should highlight one another and draw the listener in. Many fall short of this threshold by cluttering them up with extras and unnecessary add-on’s. Salute to he Great & The Magnificent for being originally creative.

There are approximately 896.8 billion rappers in the Boston area trying to make it. This is a fact. Don’t look it up, just stay with me – of all of these attempting to make it, only about .000098% of them will actually reach their personal definitions of “success”. Not everyone is cut from the same cloth and not all are able to keep up with the game. With that being said, two emcees by the names of Tim Nihan and Justin Clancy (F.M.I.) have the greatest attitudes toward the competition I’ve seen/heard in a long time. Upbeat, fun-loving and jovial are three words to easily describe the pair – but I also have to include fierce, slaughter-minded and uber lyrical to the list of adjectives in order to stay accurate across the board. Their new visual, “The Wave”, highlights all of these attributes as the two clown and rhyme up and down LA streets and beaches, slaying verses. I’m telling you now, these cats are pure entertainment. even if you ain’t feeling the song, the video on mute is hilarious in itself. Produced by Jon Glass, this track was destined to be a diamond and now with a visual aid to go with it, it’s just been polished up that much more. Visuals directed by Rose Glen Entertainment.