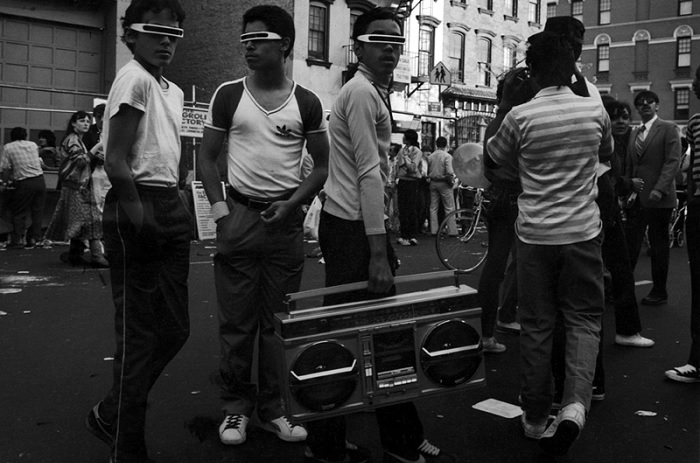 Get Whit It: 7 Artists That Prove Hip Hop Is Alive And Well

In this week’s Get Whit It, I aimed to highlight some of the stuff that’s been playing in my headphones throughout the last week. I’ve been in one of my normal “indie modes” recently, so the focus of this one will be just that – slept-on underground artists that you may have/probably have never heard of before. Well, let’s change that. Just because a name is unfamiliar to you, that shouldn’t stop you from being curious of it’s sound. Too many people these days are consumed by the thoughts of others, and that limits their own discovery experience. Damn shame. Don’t be one of those people, open your mind. #GETWHITIT.

Philadelphia based artist, Joie Kathos, is gearing up to release her Floaters EP on July 12th, leading with the video for “FADED”. While most might hear the title “FADED” and think of being intoxicated, this song is actually about our culture fading. With racism and social injustice running rampant in the media, this cinematic visual shows what is called the “domino effect” of how the oppressed anger that is felt when witnessing such acts of racism effects the decisions that our brothers and sisters make. Ultimately, this video encourages everyone to “wake up” and take a stance, because we may not have the power to control others, but we do have much power in ourselves.

Seattle lyricist Silas Blak hits the streets with his new video for “Yeah Yeah”, produced by Kjell Nelson. “Yeah Yeah” is highly conscious and it’s impact set it as one of Silas’ most prominent off his latest album, “#BlakFriday: The Mixtape”, which is currently available for download. Press play for an automatic head-nodding experience.

Video directed by Brodie Stevens, with cinematography and editing by Jesse Cairnie.

Inspired by Meek Mill’s “R.I.C.O.”, Miami’s Ramon ReVere and Art Morera hop on their own version with an official freestyle and video for the popular cut. Catch Ramon ReVere smoking his joint while venting out what’s really getting to him and what he’s been up to lately. A mix of comedy and seriousness, I really like how Ramon ReVere is so aggressive with the flow, as well as how the video captures that passion while taking us to the 101 Highway, through a pool hall and into a hotel room. Expect more collaborations from the two off their upcoming projects like Art Morera’s “AfterGlow” EP and Ramon ReVere’s “Uncomfortable” EP.

Queens, NY rapper Kameechi has unleashed a new single, “Everyday Life”, which will appear on his upcoming mixtape, slated for release in September. Produced by 3am and Bday, “Everyday Life” is a song that let’s you know everything ain’t all good, but also reminds you that you possess the motivation needed to make it better. If you know me, you know I’m ALL ABOUT positivity in Hip Hop. As the competition to become aggressive and hardcore has grown, many have shy’d away from taking a stance. Salute to Kameechi for being real, with a great song and message presented properly.

Theory Hazit’s indie label, Wetwork Music, presents a young playful group of aspiring artists: Red Zelda and TSHAF. Together, they make up the Hip Hop/Electronic R&B duo, The Betweenagers. Their debut serves as a soulful lyrical jab at trendy tunes entitled “New H8ters”. Though the video itself isn’t anything to be blown away by, the chorus of the song was what really reeled me in for the catch. This pair definitely has potential and I look forward to seeing where it takes them. Watch out, Jhene.

Producer Theory Hazit drops another music video in support of his latest album, “Fall Of The Light Bearer”, where he addresses his his dark yet personal experience with independent label ran by musicians over a lighthearted, self-produced beat. The visuals depict an intimate 1970’s style studio performance of Theory having fun and being his witty self. Shoot, anything with Peanut Butter Wolf in the title will get my attention. Bold move, S/O to Stones Throw.

Y’all know me as the last person on earth to listen to a new, young cat with a “Lil” in front of his name – let alone one who raps in a style I’m not particular to. BUT, Detroit rapper Lil George had something in this track that got me. In “The Real George”, he speaks on his troubled life and times growing up and the 17-year-old “Prince of BMB” pours out his heart about family, friends and the struggles we don’t see as his starpower rises. Produced by Woe Ready, this song will appear on the “Failed 2 Realize” album, coming July 24. I’m curious to the reactions to this one.