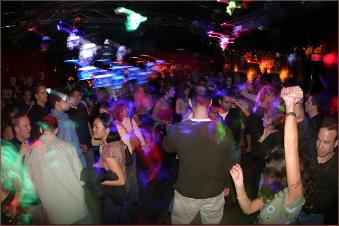 the full version of this article from the Boston Phoenix

Apparently even an Ivy League education doesn’t insolate you from racism as the Harvard and Yale students who organized an after party for their annual football battle allegedly found out after a widely reported incident at The Cure Lounge in Boston’s Theatre District. Boston City Councilor Ayanna Presley, chair of Boston’s committee on tourism, has already called for an inquiry from the city’s licensing board. And now with the Attorney General’s office looking into it, it’s an issue that wont quietly go away. But what may be missed here is that in many Bostonians eyes this is nothing new. The Ivy Leaguers learned what many Black Bostonians have whispered about for years. Boston nightclubs don’t like Black people.

The story broke along predictable lines. A spokesman for the club, Cure, says the shut-down came after bouncers spotted “bad guys” in line for the party for black Harvard and Yale alumni. But the party’s organizer, Michael Beal, saw something more sinister.

“We were perceived as a threat because of our skin color,” he said, in a widely-distributed email to attendees of the party that sparked national attention. He added that in talking to the club’s owner, “I do not believe him to be a racist; which only adds to my consternation around what this event says about race relations in our country.”

“It didn’t shock me at all” George “Chip” Greenidge, organizer of the Greatest Minds community meetings that have worked to identify Black quality of life issues to Boston’s policy makers. “This is a textbook example of how African Americans are treated when it comes trying to enjoy life downtown.”

Is this just an overly cautious staff who in the wake of the club’s past just fumbled the ball? (Cure, under a different name Aria and ownership, had been the scene of a high profile shooting). Is there really a racist undertone to the policy of nightclubs in the city? Given the less than stellar representation that George Regan, chairman of the public relations firm who is club spokesman gave on The Callie Crossley Show even the most suspicious observer might wonder. Sighting the owner of the club allowance of comedy show featuring women of color at one of his other venues, he defended the owner as not being racist. Using what is essentially the equivalent of “Some of my best friends are Black” isnt going to exactly establish you as a beacon of tolerance and understanding.

Some of the promoters feel like they’re living under separate and unequal conditions as well. Allegations of separate pricing and unfairly stringent dress code policies have been made. Most talk about how for example Black Hip Hop nights have a strict dress code while nights that cater to a mainstream audience are much more lax.

Liz Miranda, head of DSTination Lifestyle Group, an event planning company, says that she has good relations with club owners after a decade on the Boston scene. Even so, she says, she’s seen evidence of discrimination.

She explains: “A friend of mine, a white promoter, and I went to get a party at the same venue. I was charged a $4500 bar guarantee. He was charged $2000. And once I got the party, the venue even charged everyone that bought a drink an 18 percent [gratuity] on their cards, under the notion that they wanted to make sure the staff was taken care of. And this was a non-negotiable situation. It doesn’t always apply to who is in the building. Many times there has to be a dress code. But they had a party the night before where all the gentlemen in the room wore jeans and sneakers. Why do we have to have slacks and shoes the next day?”

Even beyond the social impact there is a long standing financial effect.
The city of Boston has worked hard to shake the stigma of being a racist city and present a kinder & gentler face. Not an easy task to erase the visual of the American flag being used to attempt to spear a Black man in the chest. With conventions like the Urban League’s National Conference and Blacks In Government slated for 2011, this is not exactly the best time for Boston to go backwards.

Councilor Pressley sees it as a grave issue that has to be addressed. “It’s important that for any venue licensed and operating in the city of Boston that there can be no discriminatory acts. People have worked for decades to advance this city and I won’t have that progress compromised. Not only because we don’t want to move back but also because this is bad for Boston’s brand. And there is an economic impact to that.”

But even if Boston club owners truly did not like Black people, they probably are fond of money. And understanding that one should question what would make them turn away from Black patrons and their dollars? Is Boston the exception or the rule when it comes to treatment of African Americans?

State Representative Carlos Henriquez sees Boston being in need of some new ideas “In other cities there is more diversity in terms of the ownership. I think there are just different levels of cultural competency. That’s something you see in different areas of business here except for nightlife. That’s something we need to look at seriously.”