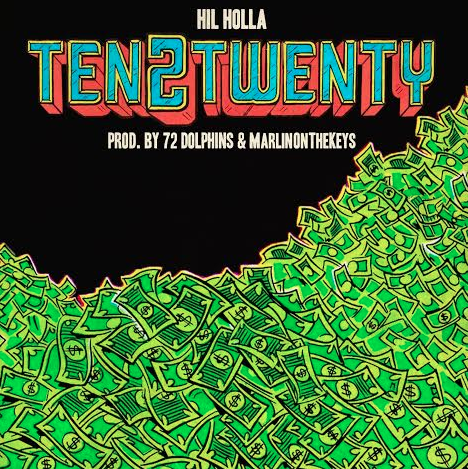 Rapper Hil Holla is putting his state back on the map when it comes to hip-hop and is showing no signs of slowing down when it comes to music. While steadily building a following on his SoundCloud he’s gearing up to release his debut full length album Outside Providence. Most recently, Hil gave us another single from the forthcoming project to bump to until Outside Providence drops later on this year.

“Ten2Twenty” is about as theatrical and dramatic (in the best way possible) as hip hop can get. Everything, from the distorted vocals in the beginning to the melodic strings to the crescendo in volume leading up to the climax of Hil’s verses, makes “Ten2Twenty” one of those tracks that gets you all the way amped up, whether it be for a workout or a bank robbery. The vibe of this track is the anthesis of Hil’s first single from the album “Backseat”– “Ten2Twenty” is full throttle while “Backseat” is laid back. The differences between the two tracks serve as a reminder that Hil Holla is capable of delivering all types of hip hop to the scene. No doubt we’ll get this full musical range on Outside Providence.

Listen to “Ten2Twenty” below and keep an eye out for the official release date of Outside Providence.