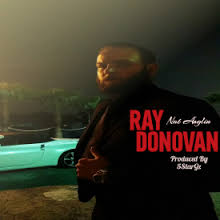 Ray Donovan’s presence on Showtime has now been sonically embodied by Boston artist Nat Anglin. His new track, “Ray Donovan”, is an ode to the South Boston raised mob man. Between bringing the fictional character of Ray Donovan to life and staying true to the gloomy sound, Nat also keeps the song fairly real as well while alluding to some of Boston’s specific attributes. With Field’s Corner lyrics and mentions of Boston’s favorite Cousin, Nat keeps his Boston listeners engaged with real life references.

I really enjoy the production by 5Star Beats too. The beat creates a suspenseful tension that’s perfectly fit for the theme of the song. I think if Ray Donovan was to be represented by a beat, it would definitely sound like this production.

Nat’s move from Boston to LA is quite similar to Ray Donovan’s, but instead of burying different problems six feet under, Nat’s aggression is expressed best within his lyrics. Check out “Ray Donovan” below.