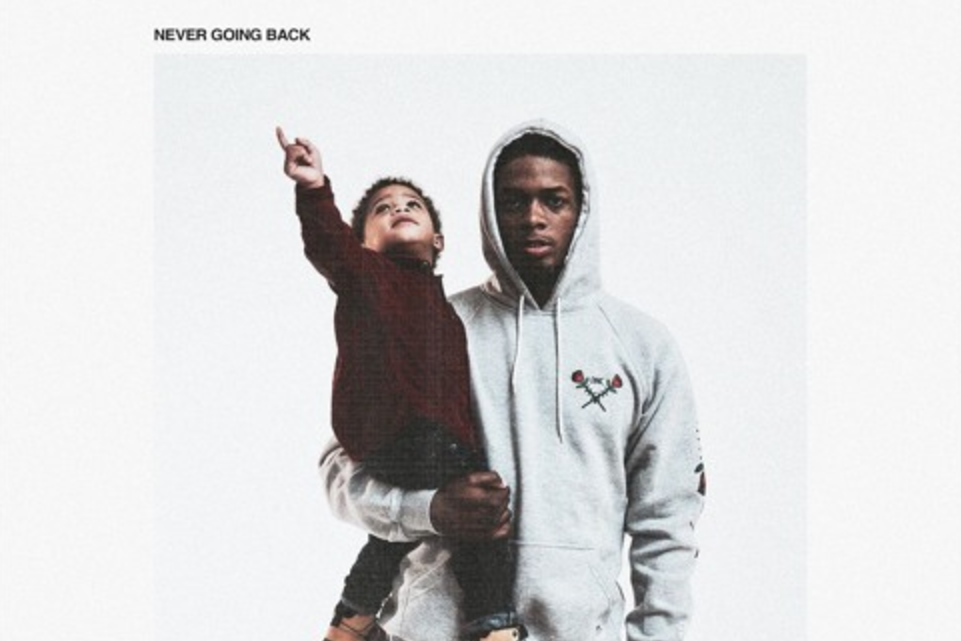 Review: Gio Dee Comes Through Strong On “Never Going Back”

In 2016, I was hipped late to the lyrical juggernaut that is Gio Dee. After listening and covering his track “Sauce (No Numbers)” last summer, I was immediately hooked. Gio Dee’s content and word play is always unique, a refreshing take on issues ubiquitous in the rap game like haters, violence, family & self- redemption. But what I always loved about the Boston rapper was that his flow is unlike anything else I’ve heard coming out of our region. I was SO hype when Gio dropped his debut album Never Going Back – I had to sit with this project a while to really digest it.

Never Going Back opens with “Paid”, a track that starts off mellow before slowly building into a beat with trap overtones complete with those titular Kill Bill sirens. Gio lays down his manifesto in this song- “I paint a picture with these words/ and they never see my vision…”. The rest of the project does exactly that- he shows us his words and if you’re listening, you hear him.

Determination is interwoven throughout this album while the project itself is a testament to Gio “never going back” to where he was before. The rhetoric of “getting out” is common- it’s something that resonates with all of us. But with Gio, you can hear the relentlessness in his music. You can hear this determination in Gio’s flow, in his carefully put together lyrics packed with metaphors and wordplay. You can hear the musical elevation in the quality of production and how closely the sound ties in with the lyrical content. All of these things coalesce to form a project that’s so much more than “talk”. When Gio says he’s never going back, you believe him. And that’s enough to maybe start believing in yourself too.

In “Shade” Gio effortlessly goes from his slower paced verse to a lit Staccato chorus emphasized by hard hi hats & snares. “I’m feeling deranged/ you feeling my pain?….now that the sun gonna shine/ they throwin’ shade” . Gio switches from “sun” to “son”, referencing his son and his foray into fatherhood as a source of light and motivation. The bars in this track will really get you thinking . My favorite lines though? “How she fuck your squad but she your lady?” That’s a question a lot of y’all need to be asking yourselves.

This album has some dope features, particularly Iamsu’s appearance on “Geekers”, a track that starts off with a light chord progression on the keys. The song is bright & bouncy but Gio goes in about the addicts (to drugs, money & fame) around him, “What is wrong with these niggas round me?…Ain’t no money in just getting fucked up”. Gio hits those high notes too with that rap falsetto. “Setbacks” featuring Lil Rich is about heartbreak and the “setbacks” we all get hung up on when it comes to love. Both tracks tie back to the title of album- never go back to the old shit in order to keep moving forward.

“Shine” closes out the project- this track goes deep and it kind of sounds how swimming underwater must feel. Gio is fully vulnerable in this track, “You can’t change nobody who don’t want better living” he laments “…Learning to take none of these words to heart/ can’t do everything, gotta let em play they part”. This song is full of thoughts we sit with in those nights when we’re alone. “Why is nobody round to bring me up when I’m down?” Gio asks. “…I just wanna change the world/ but this shit so exhausting”. Lisa Chanelle’s heady, soft vocals & poetry add the “shine” as she closes out the song. “We hold on and clap back,” she seemingly replies to Gio. “We hold on and clap back/ and proceed to let our light shine through the broken cracks”.

If you consider yourself a music lover, you gotta listen to this album. Stream it below.