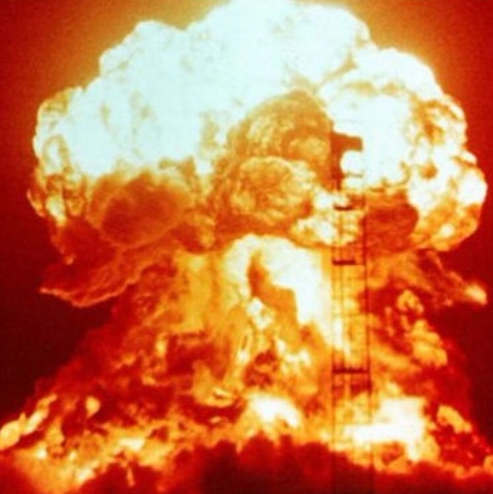 The beef between Drake and Meek Mill might be reheated after the Philly rapper let loose on his “All The Way Up” freestyle. The battle rapper, joined by Fabolous, on the Fat Joe and Remy Ma hit and delivers some near fatal verbal blows aimed at Toronto’s beloved artist.

Meek seems intent on not letting Drake have the last laugh. He takes direct shots at Drake’s street and musical credibility with lines like, “This is hip hop/ if you didn’t write it, don’t record it/ I don’t know how they do it across the border”. Though the world did clown on Meek last year after Drake’s return diss hit the radio waves, this “All The Way Up” remix is pure savagery on Meek’s part.

For a while it seemed as though things had simmered down between the two rappers. The original beef started around a year ago when Meek accused Drake of not writing his own material. Things spiraled from there and the battle ended with the public pretty much taking Drake’s side. It seems that Drake’s win hinged on his iconic cultural status and not the content of his diss tracks directed towards Meek. The feud between the two did bring up important conversations long held in the Hip Hop community- how many rappers have ghostwriters? Does having a ghostwriter invalidate someone’s music or status as a rapper? How much material that is ghostwritten is acceptable?

Meek is currently still on house arrest but did get some good news this past week when his album won Billboard’s Top Rap Album Of The Year Award. His next album DC4 is set to drop sometime soon- keep an eye out for it and in the meantime check out the remix below.