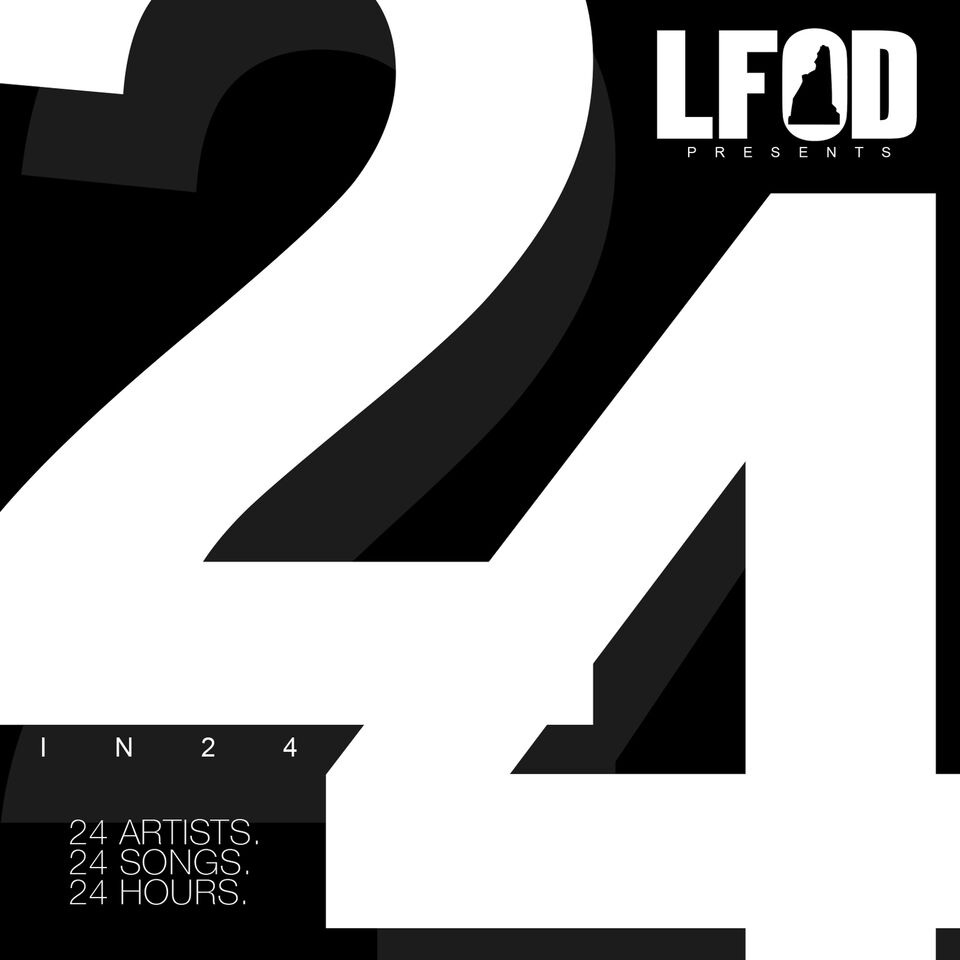 The 24 track project features some of Boston’s most talented and driven rappers and singers, many of them LFOD radio alumni. On top of that, the entire project was recorded in less than 24 hours- each artist had an hour to record and mix their track. Alex Allinson & Lightfoot engineered the album and it was mastered by the one and only The Arcitype

Each song is by a different artist and consequently, each has a unique sound and purpose. From Tashawn Taylor’s spitfire delivery about love and self growth on “Specifics” to Ant Thomas’ laidback, languid “I Be Chillin’”, the songs all tell a different story and in turn, provide a more complete vision of what Hip Hop in Boston really looks like. You’ll find an array of lyrical flows and sounds on #24in24 but somehow, it’s still a wholly cohesive project. This album isn’t just an album- it’s an homage to the relentless musicianship that lives in the city.

You can stream #24in24 on SoundCloud and you download it in its entirety over at Bandcamp. Catch LFOD live on the radio every Tuesday from 7-8pm on 91.5 FM in Boston. They also stream worldwide!