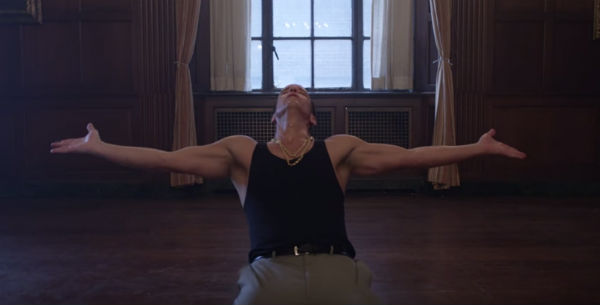 Michigan born singer/ multi-instrumentalist JMSN has been on a relentless roll this year, releasing new material for our listening and viewing pleasure more often than we can digest it. His newest studio album, It Is, just dropped a few weeks ago and before that he dropped single after single and two music videos, one for “Most Of All” and “Hypnotized”– now he’s back at it again with visuals for “Power”.

The videos for “Most Of All” and “Hypnotize” both included a lot of footage of JMSN showing off his dance moves- the man’s an extremely talented musician but his moves on the floor are a little hard to watch at times. But the video for “Power” doesn’t include JMSN at all. Instead, it focuses on a lonely 9-5er breaking loose in an empty house and an empty church. The dancing is, of course, awkward but besides that, there’s a sense of spiritual and emotional release for the man in the video as he takes off his button up shirt to dance. The term “dance like nobody’s watching” is the theme for these visuals. But at the end of the day, that’s really what “Power” is about as a track- finding that something that takes you to a new spiritual level.

Watch the video below and make sure to buy It Is via iTunes. JMSN will be in Boston at Wonderbar on May 29th- cop your tickets here before they sell out.