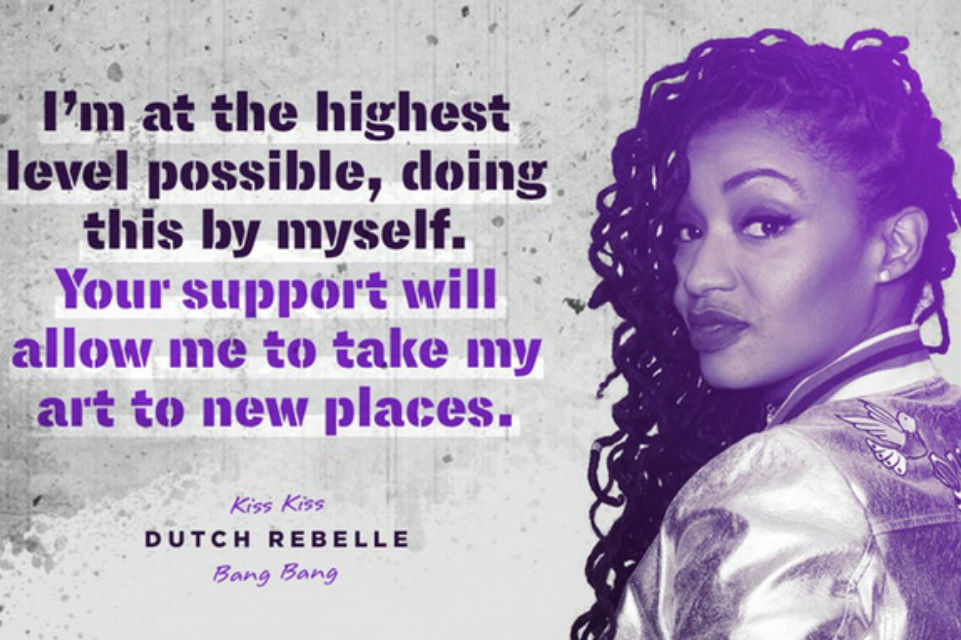 Dutch ReBelle has been on a warpath since exploding onto the music scene in 2014, taking home a Boston Music Award for Best Hip Hop Artist. As she gears up to drop her second studio album Bang Bang in 2018, Dutch ReBelle has launched a KickStarter Campaign to bring The Bang Bang Experience to music lovers everywhere.

We can expect evolving sounds from Dutch on her upcoming album, infused with Caribbean & African influences from her travels & Haitian- Dominican upbringing. The KickStarter campaign will add another element to the project. “The Bang Bang Experience is about collaborating with my community and supporters”, Dutch says of the campaign. “(It) will continue our ongoing conversation and creativity that are separate from the industry and major label influence. Independent music helps us break the boxes…”

In addition Dutchy dropped the documentary of her recent trip to the Motherland. She hit the stage for the Independence Day Festival in the Republic Of The Congo for her first ever performance in Africa.

The rapper explained how its all part of the plan. “My trip to Africa for the Independence Day Festival Goma Explosion is an example of how staying true to my vision is so important as an independent artist. Its hard to explain the feeling of realizing that after all I sacrifice daily to follow my dream – I was being invited to perform in a place where so many people dream of visiting. 100% independent. All I wished was I could take all the homies and family that believed in me with me.”

Independent music is an important aspect of the industry as more and more artists forgo going through labels to drop their projects. Dutch’s Bang Bang Experience is a take on how communities can truly fund and support their local artists & their visions.

Bang Bang is slated to drop February of 2018 and KBX can’t wait to see what else Dutch has in store for us. Check out her KickStarter page and remember to support your local artists!